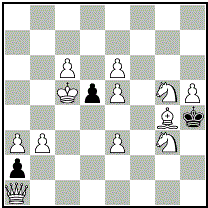 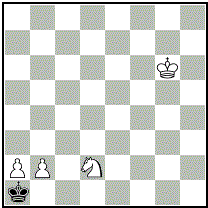 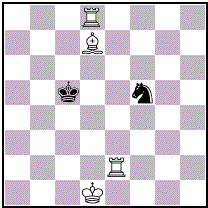 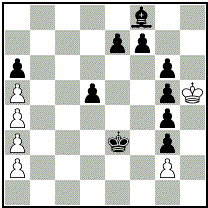 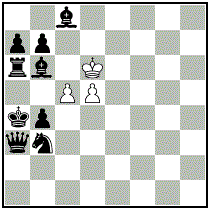 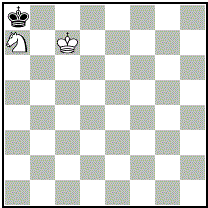 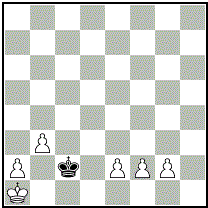 A dual under-promotion mating move can be tolerated in a helpmate. This is specifically covered by Codex Article 13(2).
comment 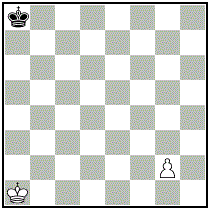 The current position is dead drawn, so the last move must have offered an alternative. KxL has no possible prior move. K into the corner without capture, or KxS offer no living alternative. KxD had no other square the K could retreat to to escape the check. So it must have been KxT. If it was wKxsT, then there is no mate ever available. but with R: 0. Kb7xTa8 and instead 0. Kb7-c6 there is a model mating pattern with wTg8 bKh5 and then g2-g4#. wT on the 8th rank must have been promoted, so this is Ceriani-Frolkin.
Removing wPg2 leaves a smallest possible illegal cluster.
comment 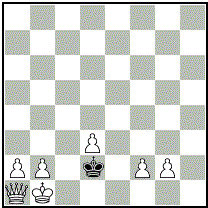 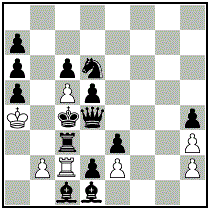 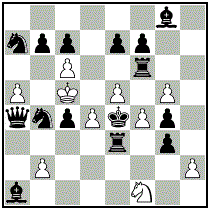 PR Z. Gavrilovski: "A highly unified play by both sides in each half-move (B1 – a self-blocking e.p. capture, W1 – guard of a square adjacent to the bKing, B2 – a self-block by bRook, W2 – a model mate by wS) with exchanged functions of wPd4 & wPf4, plus a thematic exchange of en passant moves as actual or virtual moves."

Final award (09. Februar 2017):
http://www.stere.ro/wp-content/uploads/2017/02/THAN-Tournament-FINAL-Award-09.02.2017-ENG.pdf
Henrik Juel: Last move was d2-d4 or f2-f4
In part a Black has captured axbxa-a2-a1=L, dxc, gxhxa, and hxg, i.e., all missing white men, including [Lc1], so last move was not d2-d4
In part b Lg1 could come from g2-g1=L, as this would require too many pawn captures by Black, so last move was not f2-f4 (2018-03-22)
Ladislav Packa: The problem was excluded from the competition due to the (self) predecessor. I disagreed with this decision; indeed, the same scheme was used, but with another theme. But the judges decision must be respected ... (2018-03-22)
Olaf Jenkner: Excluded but second prize? (2018-03-22)
Mario Richter: My source was the preliminary award "Published on www.stere.ro – 4 January 2017." with the words "becomes final after 30 days from the day of its publication". I did not find any other (i.e. final) version, but Ladislav's remark indicates that such a thing might well exist. Perhaps one of our problem friends from Romania can clarify things here?! (2018-03-22)
Alfred Pfeiffer: Ja, im finalen Preisbericht (s.o.) wird kein 2. Preis vergeben! (2018-03-23)
A.Buchanan: (1) Wish I’d known about this tournament. Is there a comprehensive list of tournaments somewhere? If you know of a retro tourney please tell me.
(2) “Than theme” would apply to hundreds of retros retrospectively. No reason the name shouldn’t stick. An after the fact keyword like “reach” in Magic the Gathering.
(3) Best when doubled, so each twin’s solution is a retro try in the other
(4) No reason why as a theme this doesn’t apply to fairy problems, although they were excluded from this tourney.
(5) Congrats to all prize winners! (2018-03-23)
Ladislav Packa: All information about the tournament are here:
http://www.stere.ro/despre-noi/memorial-sergiu-than-80-ani-de-la-aparitia-sah-mat/ (2018-03-23)
Mario Richter: With respect to the antication debate one might also compare P1348362 with P1348377 ... 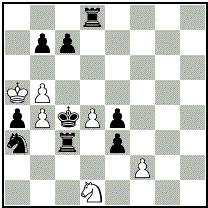 sollte die Aufgabe das KW "RV" bekommen?
Henrik Juel: C+ by Popeye 4.61 (after analysis)
Last move was b2-b4 or d2-d4, but we cannot tell which
RV would not hurt, I guess
Some people consider these as one solution, with variations depending on the past (2018-03-23)
A.Buchanan: I am mostly a fan of clarity in the conventions, even at the cost of breaking a problem or two, because problems can fail if people have differing or vague understandings. Werner Keym's modification to the Codex in 2009 was a big step forward. His magisterial paper explaining how the conventions all work after 2009 is a must-read at the Retro Corner site. However, the wording of his added convention is like a speech by Theresa May, and a mess was made of the retro glossary which to this day has not been cleared up. The biggest hole in the Codex is that it doesn't say how to treat a problem which is impacted by a change in the Codex. My guiding principle is that we should always treat such a problem kindly so that it makes the most sense. Anyway, here is what the Codex would imply:
(1) Under RS, which was the default convention in 1983, there is no solution even if the stipulations says that there are two solutions, because you can never prove that a particular double hop was the last move.
(2) Under PRA, which is now the default, there is one solution which has two parts. Everything works perfectly: just remove the "two solutions" from the stip.
(3) Sometimes RV is used as just a synonym for PRA, but it had another meaning. Keym retired the term altogether and, where the distinct meaning is intended, replaced it with SPRA: this operates just like PRA, but en passants are reversed. The default is that they *can* be played, just like castling. But here, if SPRA was specified, it would work just like PRA does: one solution with two parts.
I would rewrite Werner's convention as: "PRA is the default; if that doesn't give a solution, use RS. SPRA or AP would need to be stated explicitly. RV is deprecated."
So here I believe the original problem should have had PRA (or RV) as the stipulation, but now it needs nothing. I think no damage is done by updating to the 2009 version: this makes the problem as accessible as possible in the distant future. I really like this problem: and I think that PRA is a lighter and more natural setting for these 2 model mates than the later Than version.
There is so much confusion over these things that I thought it's worth going into some detail here: I hope it was of interest.
I would be grateful to hear the author's intention and wishes here. (2018-03-23)
Ladislav Packa: Andrew: At the time of publication it was easy for me. Our (Slovak) terminology referred to similar cases as "alternative solutions". I do not know why this option did not appeal to the column editor. He himself added to the problem stipulation 2 solutions. And if I have to express my opinion sincerely, I do not really care about the correct designation. Importantly, the author and especially the readers like it. (2018-03-23)
Mario Richter: @Ladislav+Andrew: Just to make that clear: I didn't want to change the stipulation, for historical correctness it should be as it is. My question was about adding a keyword that describes some problematical content realized in the problem, so that future users of the PDB interested in exactly that topic have a chance to find it by keyword search ... (2018-03-23)
A.Buchanan: @Ladislav: you're the boss! Your historical stipulation will remain to baffle & entertain the robot & alien solvers thousands of years from now when humanity is long gone and new races battle over a tired Earth. Would you object if this problem acquires the PDB keyword "PRA"? (2018-03-23)
Ladislav Packa: In the interest of rescuing the tired Earth I will probably be forced to agree :-)) (2018-03-23)
Henrik Juel: I was pleased to see a happy ending to this debate
But I do not like the fact that Codex revisions make lots of older problems 'incorrect', although they have been enjoyed by solvers, who care little about the Codex
Also, I do not like that 'A posteriori' must be stated explicitly; this gives away the show, as the solver then knows that the key is an ep capture, and a castling must follow to legitimize it (2018-03-23)
A.Buchanan: @Henrik: great to understand your point of view. In 1983 this problem would have been 'incorrect', because RS was the default. W.Keym's revision made it nearer to being correct: the only nit is whether this is 2 solutions or 1 solution with 2 parts. Not sure how I feel about that nit myself.
I honestly don't know any problem which W.Keym made incorrect. It would have to be an RS problem which also has a PRA interpretation. The genius of his terribly-worded revision is that it doesn't affect casual solvers, but it makes things more rigorous for serious solvers. Do you know any such problems? (2018-03-24)
comment 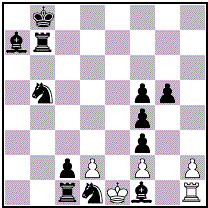 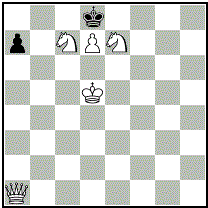 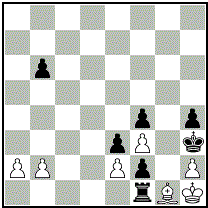