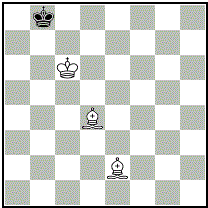 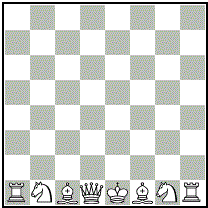 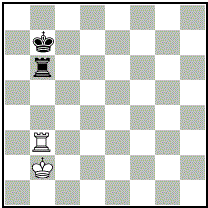 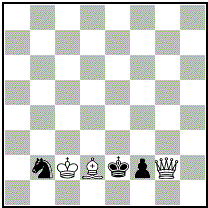 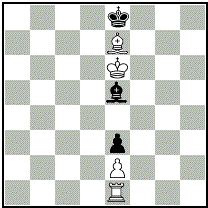 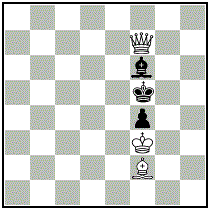 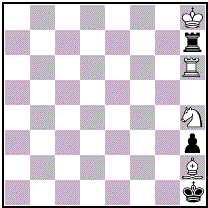 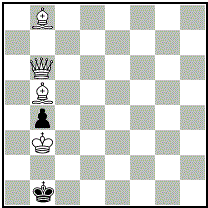 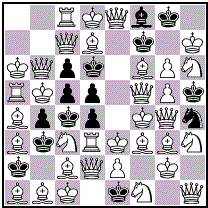 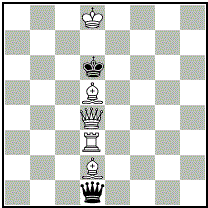 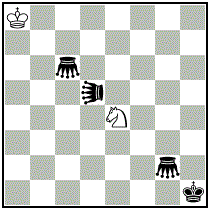 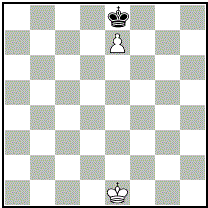 The origins of this joke h#4, which utilizes Pam-Krabbe castling in a minimal form, was a mystery conjured by Per Olin, so far the only person who seems to actually know of it.

On the Internet, help was asked. On Febuary 17, 2009, they sent a request for help on the Retro mailing list-ttps://pairlist1.pair.net/pipermail/retros/2009-February/002826.html This is what they said.

"Supercastling means castling with a promoted rook. Due to changed FIDE
rules it is nowadays illegal. It is said to have been invented by Max Pam, which inspired Tim Krabbe in 1972 (Hesse gives a different year) to compose a threemover including three different white castlings:

With the same supermove I composed a twomover (Stella Polaris 1975), Bengt Ingre has published a twomover (Mora Tidning 1993) and we have recently even seen an endgame study with this speciality.

Can anybody trace this problem?
Best regards
Per Olin"

It went unanswered. A decade later, on June 8th in the Matplus.net forums, they tried their luck again, but also to no avail-http://matplus.net/start.php?px=1582139891&app=forum&act=posts&fid=anti&tid=2302

Olin wrote: "Time wise this could have been inspired by the Krabbe problem. I have no memory of seeing that, but it could have been showed / mentioned in some meeting of the Finnish Chess Problem Society. What I vaguely remember is the following: (diagram) h#4

In an article in the magazine Suomen Tehtäväniekat, January 1994 I asked for author (Dawson?) and publication details, no response. The same question has been asked around one decade ago, probably here in Mat Plus Forum, no response. Question: can anybody trace the helpmate? - The solutions of both problems are obvious. - The chess rules of today say that castling is a move of the king and either rook of the same color along the player’s first rank; this was not the wording in the 70ies and earlier."

On January 4, 2021, a year and a half later, a reply was posted in the same thread to point exactly where they had asked a decade earlier (as aforementioned). Olin's reply, which currently stands as accepted, finally brings closure to this mystery: "Thanks! If the problem is nowhere to be found, then I must have dreamt it and attributed it by mistake to somebody else. Can I claim authorship?"

And now Per Olin has been credited as the author, properly and at long last. An exact source, if not the drifting memories of Olin's 1970's lost in time, is still quite the enigma, unless the 1994 reprint was the firs time, which it likely may not be.
A.Buchanan: WinChloe with Rokagogo says 1.Rf7 é8=T 2.Rg6 Ré3(Té2) 3.Rh5 Rf4 4.Rh4 Th2‡ is the only answer. As with the Pam-Krabbe #3, I think we can be confident this is sound. Neat (2021-01-06)
James Malcom: Great! I underestimated Rokagogo, but I see it as true now. (2021-01-06)
James Malcom: Since no one has info on this, it is now apparent that Per Olin more than likely dreamt it up in the 70's and got confused over the years. See the new discussion in the above linked Matplus thread. it's not unlikely, since they did make P1368121, after all. (2021-01-05, hidden)
A.Buchanan: A charming problem. I’ve sent a list of 137 promotion-related keywords. We need to have some simple basic ones like promotion(T) not promotions, under-promotion, promotion to rook, promotion in forward play and many others. Particularly not a fan of under-promotion(T) which is self-redundant, vague and not meaningful concept for helpmate. It’s hard to imagine a keyword with more inherent defects. I won’t change it now because editing wars are unseemly. But please don’t dig the hole any deeper (2021-01-05, hidden)
James Malcom: Let's try and keep this to private channels, Andrew. (2021-01-06, hidden) more ...
comment 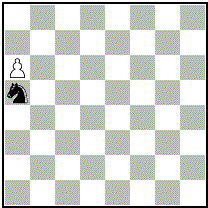 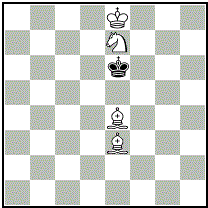 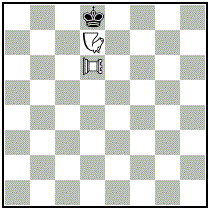 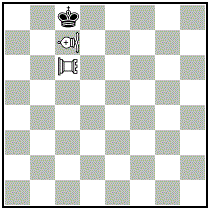 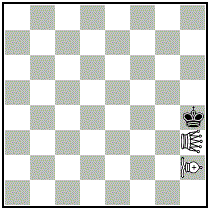 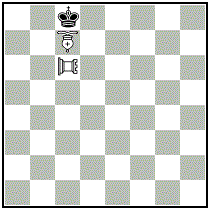 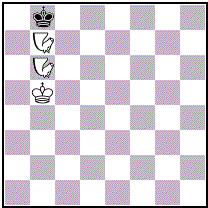 Henrik Juel: C+ Popeye 4.61 also
Asymmetry, but not very striking because of the proximity to the a-line
Still a very nice problem, which is solvable by hand (2021-02-07)
A.Buchanan: Nice to have an empty board for the nightriders to canter around in unblocked. That they are line pieces makes the uniqueness of the solution even more impressive. Someone must have already done tablebase for this endgame (2021-02-08)
comment 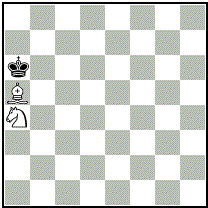