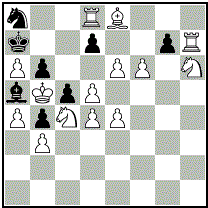 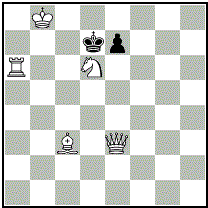 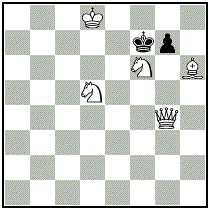 Rosalie Fay: 1 ... f5 doesn't parry the threat. 1 ... fxg6 2 c8=B/Sf8 both work, so this line is dualistic. So no Pickaninny and no AUW. (2020-09-26)
A.Buchanan: I've been meaning to ask about threats, and here's a good chance. They are a cool shorthand for many solutions, and some folks have invented themes about them. But (as here) they destroy the logic of many problems where Black has a limited choice of moves, so we shouldn't apply them robotically, imho.
One obvious case is that in a problem where *every* Black move counters the threat, the threat is meaningless. Another obvious case is if it only counters one Black move, then it's kind of lame and again meaningless as shorthand. So unless there is an artificial theme declared with the solution, a threat should not be given unless it works against at least two Black moves.
Here every Black play except for 1... f5 defeats the "threat". Even 1... Kc5 which leads to the short solution 2. Le7# also refutes 2. c8=S. There *is* a theme AUW/Pickaninny, but the symmetric expression of this threatless theme is actually damaged by including a threat in the solution. (2020-09-27)
A.Buchanan: According to the Codex, a directmate or selfmate is unsound if it is cooked [i.e. has a solution that differs in its first move from the author’s solution] or has a short solution or no solution. The gravity of defects such as unintended duals, or unintended multiple refutations of [intended] tries is a matter for a tourney judge.
One issue with PDB is that we do not have a "sound/unsound" field, nor even a keyword for this! But even a brutally dualized problem can never be classified as cooked, and this one is only mildly dualized. (2020-09-27)
A.Buchanan: I am not trying to be "kind to duals" here. They are defects, and I applaud Henrik's analysis of them. Since we are not running a tourney, could we imagine some formula based on the graph structure of the solution which will automatically give us a figure. E.g. dual-less = 0, any dual in 2nd move is twice as bad as a dual in 3rd move, etc? The length & breadth of the problem would has to be a factor. Can we construct an ideal solution, suppressing all duals, and come up with a comparison of that? E.g. sum(i=2..n) (d_i - s_i)/(2^i), where d_i & s_i are the number of dual moves & solution moves respectively occurring at the ith White move. (2020-09-27)
A.Buchanan: I agree with Rosie that 1 ... fxg6 2 c8=B/Sf8 is fatal to the intended AUW. Replacing wSh7 with sBf8 or wBg7g8 does restore AUW, but with an obvious cost. [Legality does not affect soundness, according to the Codex.] As discussed earlier, I think the problem is still Pickaninny as the threat is meaningless. (2020-09-27)
comment 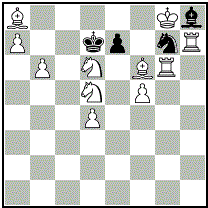 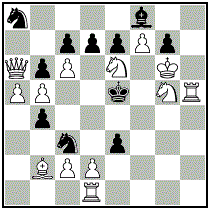