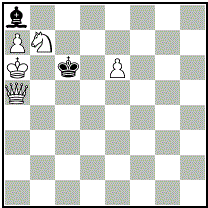 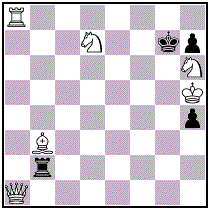 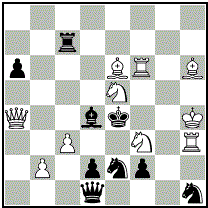 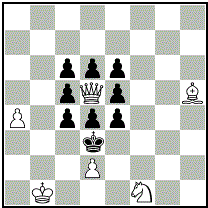 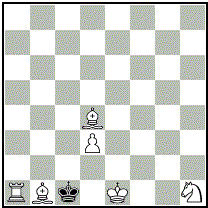 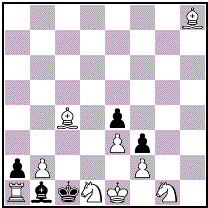 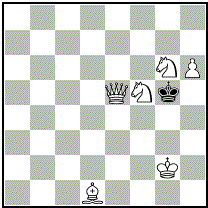 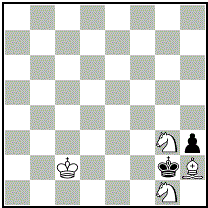 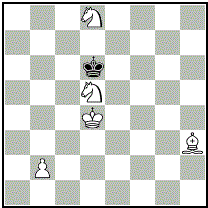 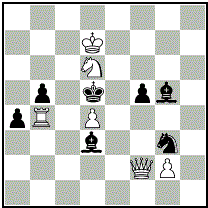 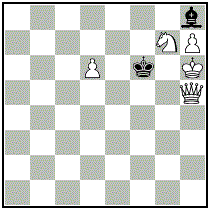 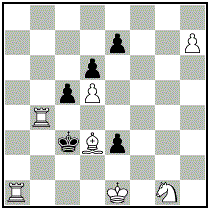 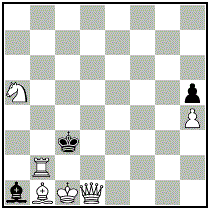 Synthese-Meeraner, Themafigur: sL
[MD 1607]
In the starting position there is an immediate set matt.
But this cannot be maintained by white.
That's why he has to come up with something new.
In order to restore the starting position and thereby shift the duty to move to black, White needs ten moves.
The black king has to run two linear Rundlaufs and the white queen must be led a tempo onto the square d6. Only when all of this has been implemented can white S and white Q return to their original stands, forcing black to set the mat.
Model mate.
SCHRECKE: C+, Gustav 4.1d, Brute Force (2020-11-14, hidden) more ...
comment