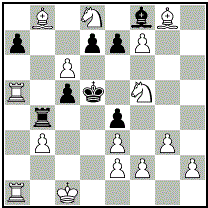 Henrik Juel: Completing the key isn't legal, 1.'Rd1'/'-bPc5'/'e8S'+, but omitting the promotion in the mating move is, 1.Sxe7+ Bxe7 2.'f8'#. Excellent joke. (2003-09-19)
James Malcom: A very witty joke Valladao! (2020-09-24)
A.Buchanan: Really like this joke (2020-09-25)
Henrik Juel: To see the illegality of completing 1.fxe8=S+?, note the captures:
Black captured fxDe, so [Pg7,h7] were captured on their files, while the other six missing black men were captured by white pawns
The illegality of completing 1.0-0-0,bxc6ep? is rather obvious (2020-09-26)
James Malcom: And for those you don't find it obvious: If the White king hasn't moved, then where did wRa5, and wBb8 if bPb5 has just done a double-step, come from? Neither can be promoted pieces, as White still has all eight pawns. Trying to finish castling and en passant therefore both produce illegal positions and thus cannot be the solution. (2020-09-26)
Henrik Juel: Continuing beating the dead horse...
How does the white player actually perform an entire move?
1.0-0-0+: Ke1-c1 and Ta1-d1
1.bxc6ep+: Pb5-c6 and remove sPc5
1.fxe8=S+: remove sYe8 and Pf7-e8 and replace wPe8 with wSe8 (three fractional actions)
2.f8=Y#: Pf7-f8 and replace wPf8 with wYf8
So a marginally better stipulation might be: 'White to move mates in less than 2 moves' (2020-09-26)
A.Buchanan: I've tried to set up some intermediate diagrams to allow us to show the animation, but the pieces seem to move even for words which are not moves (and marked italic/red). It's quite baffling. It's almost as if someone with privilege has gone in the background and assigned moves to those dead words. If so, that's extremely unhelpful. Gerd was quite active on this site for a month in German lockdown, for which I'm grateful, but one key task is still waiting: to empower the editors by documenting exactly how the animation decides what to do based on the diagram(s) and stipulation. (2020-09-27)
A.Buchanan: The PDB stipulation field should be non-text form to drive the animation. Where the stipulation is non-standard, there should be a Unicode representation of the original, and translations into German, English and French. But cannot overwrite any original non-standard stipulation, in my opinion, as it is part of the composer's work. (2020-09-27)
A.Buchanan: All three tries are full #1.5 not as the solution currently has it #0.5. Really fine joke! (2020-09-25, hidden)
Henrik Juel: The legal mate could be written better:
1. Sxe7+! Lxe7 2. f8=B# (Omitting the promotion) (2020-09-26, hidden) more ...
comment 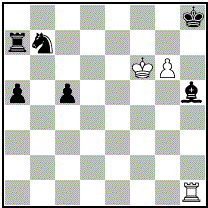 "Ok, you may say that this is all old stuff, very entertaining but with no relevance for nowadays chess. So? Well, look at this endgame study which circulated among the chess insiders in the 80s:

White to move and win - my version (from memory)

I believe I have read somewhere that the composer is from Dar-Es-Salaam, but I can not find sources for that.

Then you may object that white is in check, in fact a double check, when he unaffectedly moves his little pawn at the second move. Yes, he is in check BEFORE the move, but is he after? You see, at that time the rules stated that the king is in check "...when the square it occupies is threatened by one or TWO of the opponents pieces." So the check is elegantly parried by making the kings square threatened by THREE pieces! 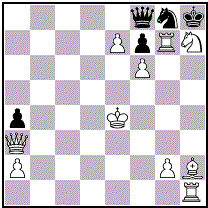 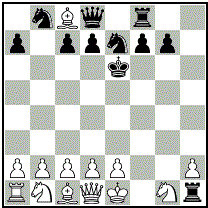 http://matplus.net/start.php?px=1603899391&app=forum&act=posts&tid=2475&fid=gen&page=1
James Malcom: The point of this PG was to make a true Belfort, after the lone bishop in P1379376 was pointed out to not be a true Belfort. (2020-10-28)
A.Buchanan: I think the notion of a Belfort piece is the foundation idea. Then the question of whether a composition is a Belfort is derived from that, and should include other criteria as well. The original tourney succeeded in launching this idea, but we are surely allowed to clean up the position definition. I will check in the Encyclopedia (2020-10-30)
A.Buchanan: Belfort is not in the Encyclopedia! (2020-10-30)
Henrik Juel: For some reason, the diagram is completely wrong
The animation works fine, though (2020-10-28, hidden)
James Malcom: Thanks for fixing the diagram, Mario. (2020-10-28, hidden)
A.Buchanan: A lone bishop can be a Belfort piece. A random tourney at Belfort a long time ago sloppily said that one needed two Belfort units with no other constraints (e.g. avoiding pieces on the wrong piece squares, which is utterly essential for the theme). We can tidy up the definition properly and I think that one Belfort piece could be enough. Why stick with the chaos of the past? (2020-10-29, hidden) more ...
comment 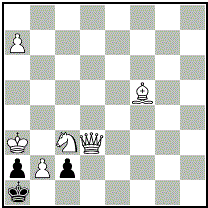 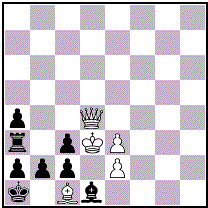 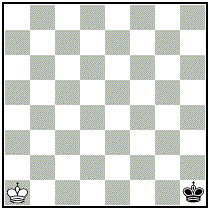 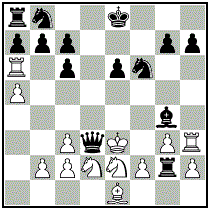