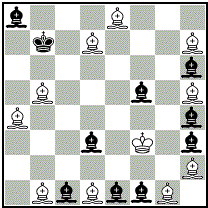 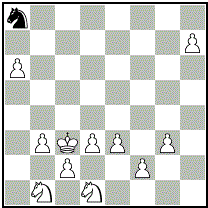 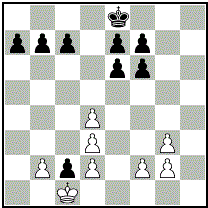 The locations of 2 knights are determined by retro-considerations. The remainder are uniquely located to permit mate.