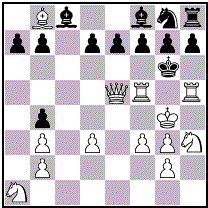 Result is draw by repetition.
The theme would be impossible without the condition, since oscillating moves might otherwise have been taken earlier in the game, or not at all.
comment 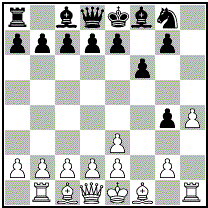 Clearly we look for PG in 7.5 moves, then see how to repeat. By Popeye 4.79, there are two apparent PGs in 7.5, the solution and the transposition of h3-h4 & fxe3. In the transposition, en passant is enabled so that position can never repeat. Moreover, white kside & black qside castling are enabled so cannot be disrupted in the repetition sequence: so only wRa1 & bSg8 are free to move.
comment 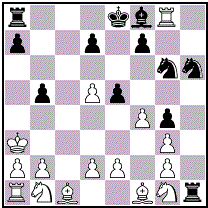 The intention was that the position at 13.0 repeats at 15.0 & 17.0. Popeye finds 87 possible sequences of moves up to 13.0. Under the assumption [1] that an e.p. which can't be played due to check or pin still affects the definition of position, we could eliminate those 52 which end with e7-e5+, leaving us with 35.
The moves which follow can only be 14. Ka3-b3 Sg6-e7! (not 14. ... Kd8-e7? which disrupts Black castling rights) 15. Kb3-a3 Se7-g6+. And repeat the switchbacks. But all 35 candidate solutions have 13. ... Se7-g6+. Thus normally the game would have ended at at 17. Kb3-a3 (or possibly earlier). However, there is one exceptional solution with 13. f2-f4, which (again using the ep rule) would have prevented the game from ending prematurely. This part of the logic is not in question.
[1] But is this assumption justified? At the time of composition, the definition for position in the FIDE Laws was unclear on this point, and the composers had to take a view. Since then, the definition has been improved, and the problem has been retrospectively cooked.
The Codex does not opine on what happens to the soundness of a problem if the rules (or indeed the conventions) change, and materially impact a problem. The composers choose to take it that the problem remains historically sound. But if a historically unsound problem were *rendered* sound by changes to rules or conventions, we would want to consider it sound today. No reason why composers shouldn't have their cake and eat it here: clearly the relevant concept would be one of "peak soundness" - to take the problem to be as sound as its maximal soundness as rules and conventions swing wildly like open doors in a hurricane.
2018 Laws 9.2.2 Positions are considered the same if and only if the same player has the move, pieces of the same kind and colour occupy the same squares and the possible moves of all the pieces of both players are the same. Thus positions are not the same if:
9.2.2.1 at the start of the sequence a pawn could have been captured en passant
9.2.2.2 a king had castling rights with a rook that has not been moved, but forfeited these after moving. The castling rights are lost only after the king or rook is moved.
2016 Codex Article 18: "A position is considered as a draw if it can be proven that an identical position has occurred three times in the proof game combined with the solution. The draw ends the game immediately."
Henrik Juel: 1st Commendation awarded by Piet le Grand in 12/2010, p.227-232 (2019-11-18)
A.Buchanan: By the stipulation, this game is known to end in a draw, and since by an uncodified convention a problem cannot be drawn by agreement, the only logical possibility is a draw by repetition. Article 18 only enters consideration to eliminate alternate histories in which an earlier triple repetition would have occured, to leave one history remaining. (2012-02-19, hidden) more ...
comment 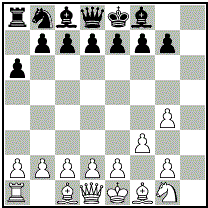 Black must lose a tempo: either by moving hP before its capture, or by saccing R on g1 rather than h3. In fact it has to be the latter, so that the repetition cycle begins as late as possible, avoiding premature draw.
The proof games R186-R188 have ended in a draw in accordance with the Codex rules. Article 18 says: a position is considered as a draw if it can be proven that an identical position has occurred three times in the proof game combined with the solution. The draw ends the game immediately. This implies that no earlier triple repetition of position can occur.
(AB: One might think that the convention is too dogmatic, because we may *know* that the position has passed through an earlier triple repetition, and the fact that the game survived to a later point proves that there was no draw declared. On the other hand, if one has a choice between histories where an earlier triple repetition took place, and those where there was no such event, the we can clearly exclude the former. Under such a looser convention this problem would still be sound. However the current convention has the merit of simplicity. Until a bunch of problems emerge which need a looser convention, we should stick with the current convention.)
comment 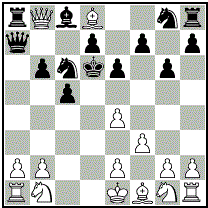 The proof games R186-R188 have ended in a draw in accordance with the Codex rules. Article 18 says: a position is considered as a draw if it can be proven that an identical position has occurred three times in the proof game combined with the solution. The draw ends the game immediately. This implies that no earlier triple repetition of position can occur.
comment 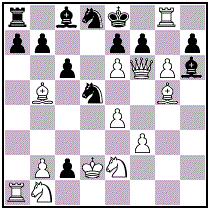 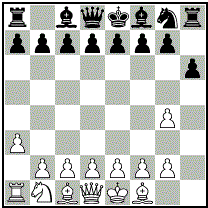 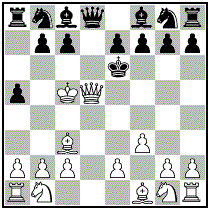 Originally published as R404 with magazine's typo (wKc5 placed on c4). The diagram shown here is the correct diagram published in Probleemblad 71-2, apr-jun 2013 as R404c.
Ladislav Packa: I don`t know whether this is the right example for the application of Rule A.1.3. It is a very general rule and in the Laws of Chess can be found more accurately examples, for example A.5.2. or A.9.2. - Threefold repetition of position. (2013-12-16)
A.Buchanan: Thanks very much for your comment Ladislav.

Threefold Repetition (or the 50 Move Rule) could only terminate the game at a later point, and require the conventions to trigger them. I think it's more accurate to use A1.3 to stop the game earlier at 7.5, including the pleasant try, and with no recourse to the conventions needed.

PDB & WinChloe contain no problems combining Circe with Threefold Repetition or the 50 move rule. Has anyone exploited the forced looping effect thematically in Circe before? (2013-12-16)
A.Buchanan: This little problem has been reprinted in Probleemblad 74-2, apr-jun 2016 as 3e BV, but the typo from R404 has been *reintroduced*! Maniacal laughter! :-( (2016-06-16)
A.Buchanan: To be clear, this problem would be unsound without DP, as the try would be a cook. Draw by Repetition & 50 Move are Roger Irrelevant here - even without recourse to these rules or conventions, there is no mate in the infinite loop of descending positions. Curiously, I have seen no other Circe problem which depends upon the forced looping that can so easily be set up, particularly in the end game, and which one might term "Circe Circuits". (2018-09-09)
Adrian Storisteanu: (The 50-move rule may not really fit circe problems. A different number might be more appropriate for circe endgames -- though I'm not familiar with the theory!?) (2018-09-09)
A.Buchanan: Circe endgames one might expect to be longer, because the stronger side cannot so easily eliminate the opposing pieces. In adapting 50M condition, one might interpret capturing to mean the genuine removal of a piece from the board, but pawn moves can be undone: the only pawn move which is a genuine progression is a promotion.
Forced looping interacts first with draw by repetition, so the 50M question is not so much of an issue. (2018-09-15)
Alfred Pfeiffer: The diagram should have the sDd8 (not sDe8) (2013-12-15, hidden)
TBr: Diagram corrected. (2013-12-16, hidden) more ...
comment 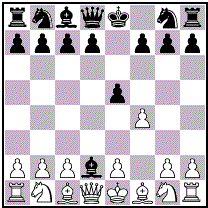 Shortest drawn PG. (Alternative diagram: could have sBe5 on e6 instead.)
According to Popeye 4.79, there are 12 ways to reach the diagram in 3.0 moves. After that, 4.0 moves are required to repeat the position twice. This must include moving wK so this unit must have moved by 3.0 point, to lose castling rights, in order for the position to repeat. Out of the 12 candidate solutions, only one involves wK switchback.
comment 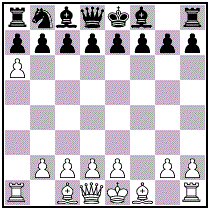 Shortest drawn PG without check at end. (Alternative diagram: could have wBf3 on h3 instead.)
Henrik Juel: Pawn moves and captures ruin the repetitions, so let us do them at the beginning
1.Sc3 Sf6 2.Se4 Sxe4 3.f3 Sg3 4.hxg3 a6
There is probably some esoteric stuff about repetitions and castling rights, so let us pendulate with the surviving knights, leaving castling rights intact
5.Sh3 Sc6 6.Sg1 Sb8 7.Sh3 Sc6 8.Sg1 Sb8
The position of the men after 4... a6 just occurred for the third time, so it is draw by repetition (2020-05-25)
Henrik Juel: Afterwards I cheated and looked at the PDB definition of Draw by repetition, and sure enough:
FIDE 2005, article 9.2 (2020-05-25)
comment 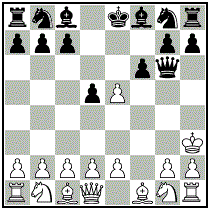 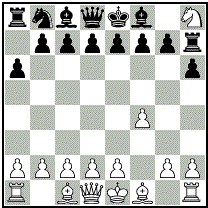 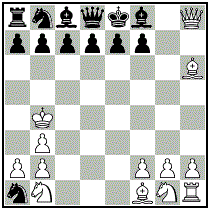 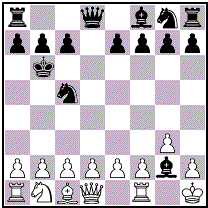